What you need to know about making the switch

Are you looking to make the switch this VApril? First and foremost, your body will go through huge positive changes when quitting smoking for the first time. You may also find some negative effects like nicotine withdrawal, but the latter can be easily solved with nicotine or cigarette alternatives to help keep those cravings at bay!

We know that quitting smoking isn’t easy, but many people do it and you can be one of them! If you're looking to make the switch to vaping, let one of VPZ's 'E-Cigarette Specialists' guide you to the right products for your needs. VPZ are the UK's leading vaping specialists and we understand that every smoker's journey is different, but at VPZ we can help you find the best alternative to cigarettes for you…

What are the alternatives to Cigarettes? 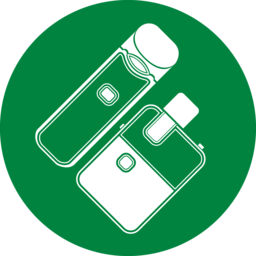 With a very similar draw to a cigarette, open pod vapes offer a discreet, small vape that mimics the feeling of smoking. With refillable, re-useable vape pods you have more vape juice flavour options to choose from across a wider range of e-liquids. Check out our starter kit here 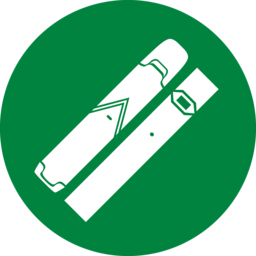 Closed Pod vape devices or vape kits are super simple to use. Closed pod vape devices tend to be inhale activated vape kits that mimic the draw of a cigarette or feeling of smoking when vaping. There is no need to fiddle with settings or refill vape pods. Just click and go. Check out our starter kit here 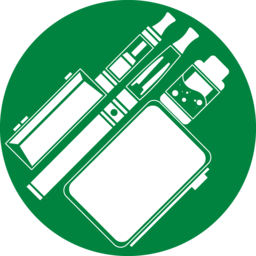 If you want a little more choice when quitting smoking, then e-cigarette devices or vape pens offer customisable air flow, longer battery life and a huge variety of nicotine strengths and vape juice e-liquid flavours to choose from. Check out our starter kit here 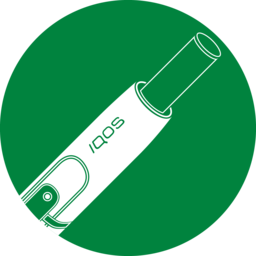 Heated tobacco. This is not a cigarette and also not a vape device. Heat not burn products provide real tobacco taste with no smoke, no ash and less smell. Check out our starter kit here 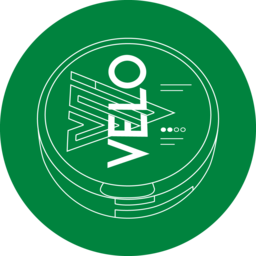 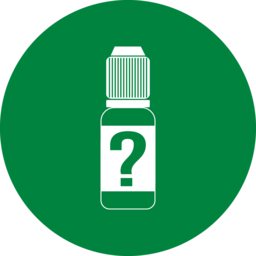 E-Liquid, sometimes known as vape juice is what e-cigarettes use to create vapour. The heating element or coil in the device vaporises the liquid and creates inhalable vapour or mist. The purpose of this is to deliver nicotine without any burning, smoke, or inhaling harmful chemicals associated with conventional cigarettes. 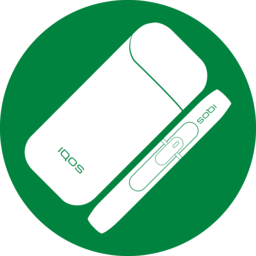 Now that you know a bit more about alternatives available...

Take our quick quiz to simply guide you to the right cigarette alternative for you, visit one of over 150 Vape Stores Across the UK, or call our team of vaping specialists today! 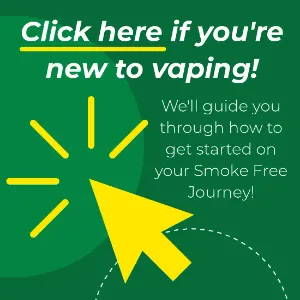 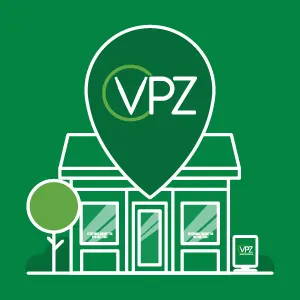 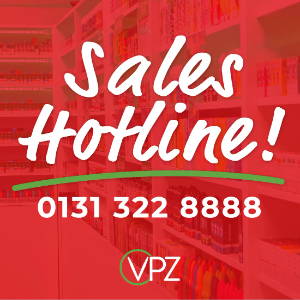 If you're ready to get started, check out our VApril Vape Starter Kit Bundle Deals here...

Think positively about making the switch, you may have tried to quit smoking before without success, this does not mean that you can’t stop. Don’t let that put you off trying to quit smoking again though, it may have been that you did not have the right product for your needs or the additional support to keep pushing you through your journey. If you have times where you think it will be particularly hard not to have a cigarette, then plan ahead for it! Make sure you have an alternative to smoking that you can rely on.

Stopping smoking is a long journey and can be different for anyone that does it. At VPZ we have a lot of experience of making the switch, trust us- we know the obstacles that you can encounter and in-turn, we’ve tried to make it as easy as possible to make the switch with a huge range of cigarette alternatives from starter e-cigarettes to pod style vape kits, heat-not-burn and even nicotine pouches, great advice and a huge range of e-liquids and nicotine strengths available in our stores and on our website. We do our best to ensure that we have a product that is suitable for everyone, to make the transition to vaping as easy as possible. 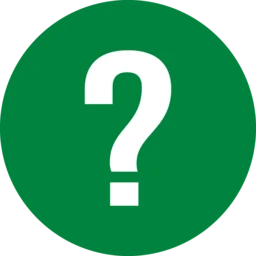 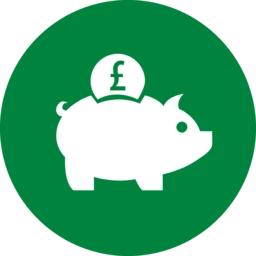 Will Vaping Save Me Money?

If for example you are smoking 20 cigarettes a day, you could save over £3000 each year by making the switch to vaping, this is compared to our customers who spend on average just £620 each year. 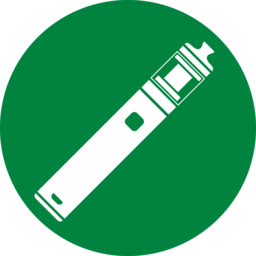 What is an E-Cigarette?

An e-cigarette is an electrical device that heats e-liquid into an inhalable vapour. E-cigarettes are used as an alternative way to obtain nicotine. E-cigarettes are generally made of three component parts; a rechargeable battery, a tank and an atomiser or coil. Find out more about how an e-cigarette works Here 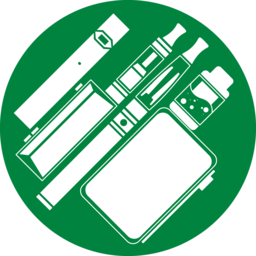 What E-Cigarette Should I Buy?

If you’re just starting vaping why not pop in-store for a consultation with one of our vaping experts, or call our customer service team who will be happy to assist you with your purchase. Alternatively, you can find out more about making the switch to vaping from our Vaping Starter Kit FAQs Here 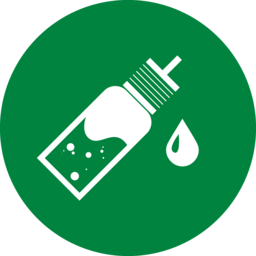 E-Liquid (commonly referred to as “e-juice”, “juice”, or “liquid”) is what an e-cigarette uses to create vapour. The heating element or coil vaporises the liquid and creates an inhalable vapour or mist. This delivers nicotine without burning, smoke, or inhaling harmful chemicals associated with cigarettes. 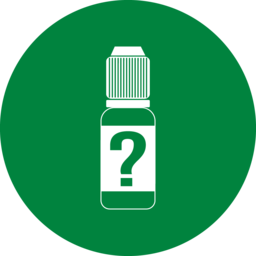 What Is In E-Liquid?

It’s simple, flavouring, Vegetable Glycerin (VG) and Propylene Glycol (PG) both of which are commonly used in the manufacturing of pre-packaged foods and beauty products! E-Liquid can also contain nicotine and there are varying strengths available. Find out more about what is in e-liquid Here 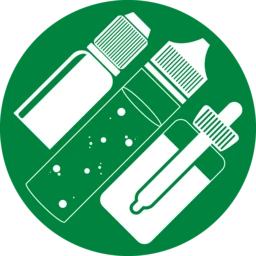 What E-Liquid Should I buy?

Chat to our team and find the right one for you. You will need the right nicotine strength which our team can assist you in finding. Alternatively, if you're new to vaping a rough guide would be based on how many cigarettes you smoke per day. 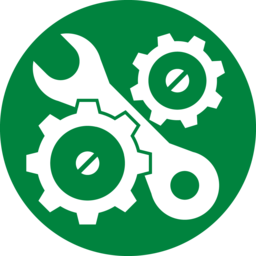 If you’re having an issue with your e-cigarette device we are always happy to help and you can contact our customer service team. Alternatively, check out our E-Cigarette Trouble Shooting Guide Here

If you're still looking for more information on the benefits of quitting smoking or information on the facts about vaping- keep reading and find out more from Public Health England, King's College London and Cancer Research below...

According to Public Health England, vaping is at least 95% less harmful than smoking.

The comprehensive review of recent evidence finds that almost all of the 2.6 million adults using e-cigarettes in Great Britain are current or ex-smokers, most of whom are using the devices to help them quit smoking or to prevent them going back to cigarettes. The review, however, raises concerns that increasing numbers of people think e-cigarettes are equally or more harmful than smoking (22.1% in 2015, up from 8.1% in 2013: ASH Smokefree GB survey) or don’t know (22.7% in 2015, ASH Smokefree GB survey).

Despite this trend all current evidence finds that e-cigarettes carry a fraction of the risk of smoking. Emerging evidence suggests some of the highest successful quit rates are now seen among smokers who use an e-cigarette and also receive additional support from their local stop smoking services.

"Smoking remains England’s number one killer and the best thing a smoker can do is to quit completely, now and forever.

E-cigarettes are not completely risk free but when compared to smoking, evidence shows they carry just a fraction of the harm. The problem is people increasingly think they are at least as harmful and this may be keeping millions of smokers from quitting. Local stop smoking services should look to support e-cigarette users in their journey to quitting completely."

E-cigarettes could be a game changer in public health in particular by reducing the enormous health inequalities caused by smoking."

"My reading of the evidence is that smokers who switch to vaping remove almost all the risks smoking poses to their health. Smokers differ in their needs and I would advise them not to give up on e-cigarettes if they do not like the first one they try. It may take some experimentation with different products and e-liquids to find the right one."

"Fears that e-cigarettes have made smoking seem normal again or even led to people taking up tobacco smoking are not so far being realised based on the evidence assessed by this important independent review. In fact, the overall evidence points to e-cigarettes actually helping people to give up smoking tobacco."